Yup! Long time, no see and no sleep for yours truly! Sooo I’m guessing posts will be sparse around here. Meh.

Well, Black Friday waaaas… over a week ago?! and I managed to sell and arm and a leg to go shopping with a friend for an hour, pahaha, so I decided to go to KIKO, as they had a buy 3, get 3 for free sale (you could pick 3 products for free that were cheaper than the 3 you bought). I had also picked up another 3 products from AVON just days before so here’s what I got!

I wanted to try this mascara and realized they had a gift set so I thought “Why not?”. Haven’t tried it yet.

I’ve tried this one already and it’s not black enough for me, but it’s quite easy to use.

Haven’t tried this one yet but I didn’t expect it to have glitter in it… Meh, we’ll see.

Haven’t tried this one yet either (I didn’t want the pump dirty for the pictures) but I’m guessing it’ll be good, as it is aimed at dark circles, something I have to give anyone who might want some. 😀

Another one I picked up hoping it would succeed at hiding my eye circles. Didn’t try it yet either so I can’t really give you any feedback on that but I’m guessing it’ll work because it’s actually pinkier than it looks on the picture. We’ll see how it goes.

Back in May, I bought this highlighter in the shade 100 Gold, but I originally wanted this one, 101 Rose. I didn’t buy it at the time because I generally hate highlighters and this shade would double as a highlighter and a blush on my skin tone, so I felt it was too much stuff for me not to like from the get-go.
I was both surprised and pleased to find out I actually loved this product, so this time I went back to purchase the shade I first fell in love with. Must say I’m a happy camper. 😀

I’m naturally lazy so I can’t bother to put on various shades of eyeshadow every single day, so I usually pat some cream eyeshadow on my eyes, blend it out slightly and get out the door. I also fell in love with this shade (06 Pearly Chocolate) at the store. What more is there to say?

Following the same idea, I also got this cream eyeshadow in the shade 02 Absolutely Rose, a part of the Rebel Romantic collection. I’ve been in love with pinks ever since I bought my Naked 3 palette, so I’ll buy any pink cream shadow I can find. Go figure.

This is another product I first bought back in May and I loved it so much I had to get another shade. This one is 04 Golden Chocolate and I think it’ll go beautifully with the one I originally purchased, 06 Golden Brown.

I picked this one up thinking it was another cream eyeshadow (told you I’d buy any cream pink shadow) but it actually has a weird texture to it. It feels like a cream, the formula is silky and cool to the touch, but it is actually a powder, or at least it looks like it. This shade is 02 Innovative Pink. Didn’t test it yet but I guess I will be doing that tomorrow.

This is all for today’s post as I should really get to bed now. I have a big day ahead of me tomorrow and I still have to pet Kira to sleep so I can lock her in her carrier for the night (she’s recently had surgery, I can’t risk having her hopping around and burst the suture).
Hope you guys enjoyed this post and until next time have fun! 😀 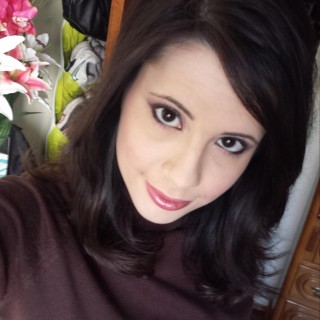 Hi there! Name's Sunny, 24, for various links (Twitter, Luvocracy, ...) or more information either view my profile page or read the About Me page. ^^

The Shine On Award

The One Lovely Blog Award